Elijah- John the Baptizer, and the Resurrection Harvest

The gospel of Matthew particularly contains several passages on the harvest. We will not examine all of those texts, and need not to so to establish our case. However, one thing is more than clear: the time for the eschatological harvest– and thus, the resurrection– had arrived.

Of course, this comment is met with derision and unbelief by those who posit the harvest at the end of the New Covenant age, i.e. the end of human history. We are told that the resurrection could not have been near in the first century, because, after all, that is not a creedal doctrine. That idea is not found in the patristic authors who wrote long after the first century, we are told quite vehemently, and yet, they clearly still anticipated the harvest / resurrection at some proposed end of time.

Our purpose and intent is not to depend on the creeds or the church fathers, but on the inspired word of God. If that is not alone sufficient, then we have nothing else to offer.

This article will focus on one short, powerful, and irrefutable text in Matthew: Chapter 3:10-12, and particularly verse 12, in which John, speak of Jesus said: “His winnowing fork is already in his hand.” 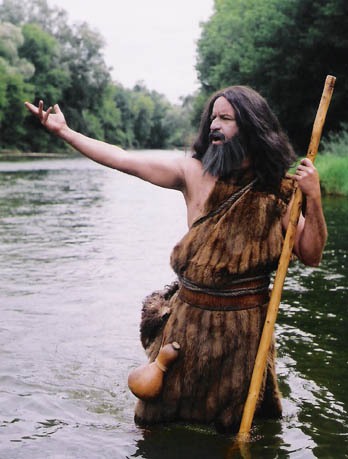 The language that John used is unmistakable, and yet, overlooked by a host of commentators. What we need to do is to define the words that John uses, to fully appreciate what it is he says.

Note that John said “his winnowing fork (sometimes translated as fan) is in his hand.”

Notice first of all the undeniable imminence of the events John is foretelling.

The Resurrection Harvest Was Near

In v. 7 he warned the Pharisees and Sadducees concerning “the wrath about to come.” John used the word “mello” in the infinitive to speak of the “wrath about to come.” Blass-DeBrunner says “mellein with the infinitive expresses imminence.” (Blass-DeBrunner, A Greek Grammar of the New Testament and Other Early Christian Literature, Chicago, University of Chicago Press, 1961,181).
The commentators agree that John’s use of mello indicated that the judgment wrath he had in mind was truly near.

Donald Hagner says, “What frightened John’s listeners was the insistence that the judgment was about to occur (mellousees).”  (Word Biblical Commentary, Matthew, Vol. 33a; p. 50). Davies and Allison, commenting on Matthew 3:7: “Who has warned you to flee from the wrath about to come” “mello here implies no so much purpose as imminence or futurity” (W. D. Davies and Dale Allison Jr. International Critical Commentary, Matthew 1-7, London, T and T Clark,304). Likewise, Alford’s Greek Testament says, “The reference of John’s ministry to the prophecy concerning Elias, Malachi 3:1; 4:5 would naturally suggest to men’s minds ‘the wrath to come’ there also foretold. It was the general expectation of the Jews that troublous times would accompany the appearance of Messiah. John is now speaking in the true character of a prophet, foretelling the wrath soon to be poured out on the Jewish nation.” (Alford’s Greek Testament, Matthew – John, Vol. I, (Grand Rapids, Baker, 1875 / 1980)22).

The imminence of the impending judgment being heralded by John is emphasized in v. 10 where he said: “The axe is already in his hand.” The imagery of cutting down of trees springs from the Old Testament prophets and is undeniably the image of judgment. For John to say that the axe of that judgment was already at the root was a powerful expression of imminence.

Marius Reiser, commenting on John’s message of the axe at the root says, “With the motif of the cutting down of the bad trees, the Baptizer expanded on the original image and thus created a genuine similitude not only pointing to the end time cleansing of Israel by the removal of sinners, but giving vivid expression to the immediate proximity of that event, and thus the urgency of repentance. The axe is already at work!”… “This temporal urgency is underscored still further in the Greek text by the present tenses of all three verbs.” (Marius Reiser, Jesus and Judgment, Fortress, English translation, 1997, 175). He continues: “The expectation of the final judgment in the immediate future was the basis of his call for repentance and the action that gave him his name: baptizing.” (1997, 167).

As a concluding emphasis on the imminence of the coming judgment, John then says “his winnowing fork is in his hand.” It is this image that is on the one hand stunning, determinative, and yet mostly overlooked.

Baptizer and the End of the Harvest

It would be disingenuous to say the least to suggest that the “wrath about to come” was objectively imminent, and the “axe is already at the root”suggested the nearness of judgment, and then try to argue that the imagery of the winnowing fork in the hand does not communicate similarly, an urgent, objective imminence. With that in mind, let’s turn our attention to what the winnowing fork represented.

There can be no denial of the fact that to the mind of the first century listeners and readers of John’s remark, that the imagery of the winnowing fork would conjure up certain mental pictures and thoughts. Certainly, one of the key images is that of harvest. As a result of this imagery, and the direct connection of the harvest with resurrection, some commentators apply John’s words to the “end of the world” judgment (cf. Burton Coffman, Commentary on the book of Matthew, Austin, Tx. 1977,)30; See also William Hendrickson, New Testament Commentary, Matthew (Grand Rapids, Baker, 2002)204). Hendrickson clearly struggles with the imminence of the text, and his comments seeking to mitigate that imminence are almost embarrassing. He goes so far as to say that John did not always see things in the proper perspective! This kind of desperation is the direct result of a wrong headed view of eschatology.

Interestingly, when commenting on “the axe is already at the root” Coffman notes the imminence of the language and says it referred to the coming judgment of AD 70. But, he then makes no attempt to explain why the “fire” of v. 12 must be “gehenna” i.e. the final, future eternal judgment, but, v. 10 refers to the imminent judgment.

Notice the Baptizer‘s statement that the winnowing fork was already in the hand of Jesus. This is perfectly analogous to the statement that the axe is already at the root. But, again, the language suggests something that is being missed by the commentators, and that is that John’s referent to the winnowing fork and the threshing floor suggests (demands!) that in the mind of John, the end of the harvest, the consummation was at hand. John’s language does not say that the time had come for the beginning of the harvest, but rather that the end of the harvest was near. (Now, it goes without saying that if the end of harvest was near, then the beginning was even more near! But again, the focus of John’s actual language and imagery is the climax of the harvest). To understand this, we need to look at the language in its historical context.

What was the winnowing fork? What was the threshing floor that John referred to? These are not images that the modern reader relates well to, yet, they are vital to a proper understanding of the text.

John the Baptizer and the Winnowing Fork

The threshing floor is where the harvested grains were brought for the final separation. In other words, the threshing took place at the climax of the harvest, not at the initiation! Numerous sources confirm what we are saying here. (See e.g. Dictionary of Biblical Imagery, Downers Grove, Ill. IVP Academic, 1998, 867).

Of course, Jesus spoke of the time of the harvest and the separation of the wheat from the tares as well, and said that separation would be at the end of the age (Matthew 13:39-43). It is critical to see that Jesus said that final harvest would be in fulfillment of Daniel’s prophecy that the righteous would shine forth in the kingdom at the end of the age resurrection (Daniel 12:2-4). All of this would occur “when the power of the holy people is completely shattered” (Daniel 12:7). We will see momentarily how this agrees perfectly with John’s message.

John said that Jesus already had the “winnowing fork (or fan, depending on which translation yhou use) in his hand. The winnowing fork was the instrument, sometimes shaped like a shovel, sometimes like a large fork. The “thresher” took the fork and threw the stalks of the roughage into the air, and allowed the wind to blow away the chaff. (Cf. Imagery, 1998; See also, John Nolland, New International Greek Testament Commentary, Matthew, Grand Rapids, Paternoster, 2005)148). Any Bible dictionary will confirm all of this. 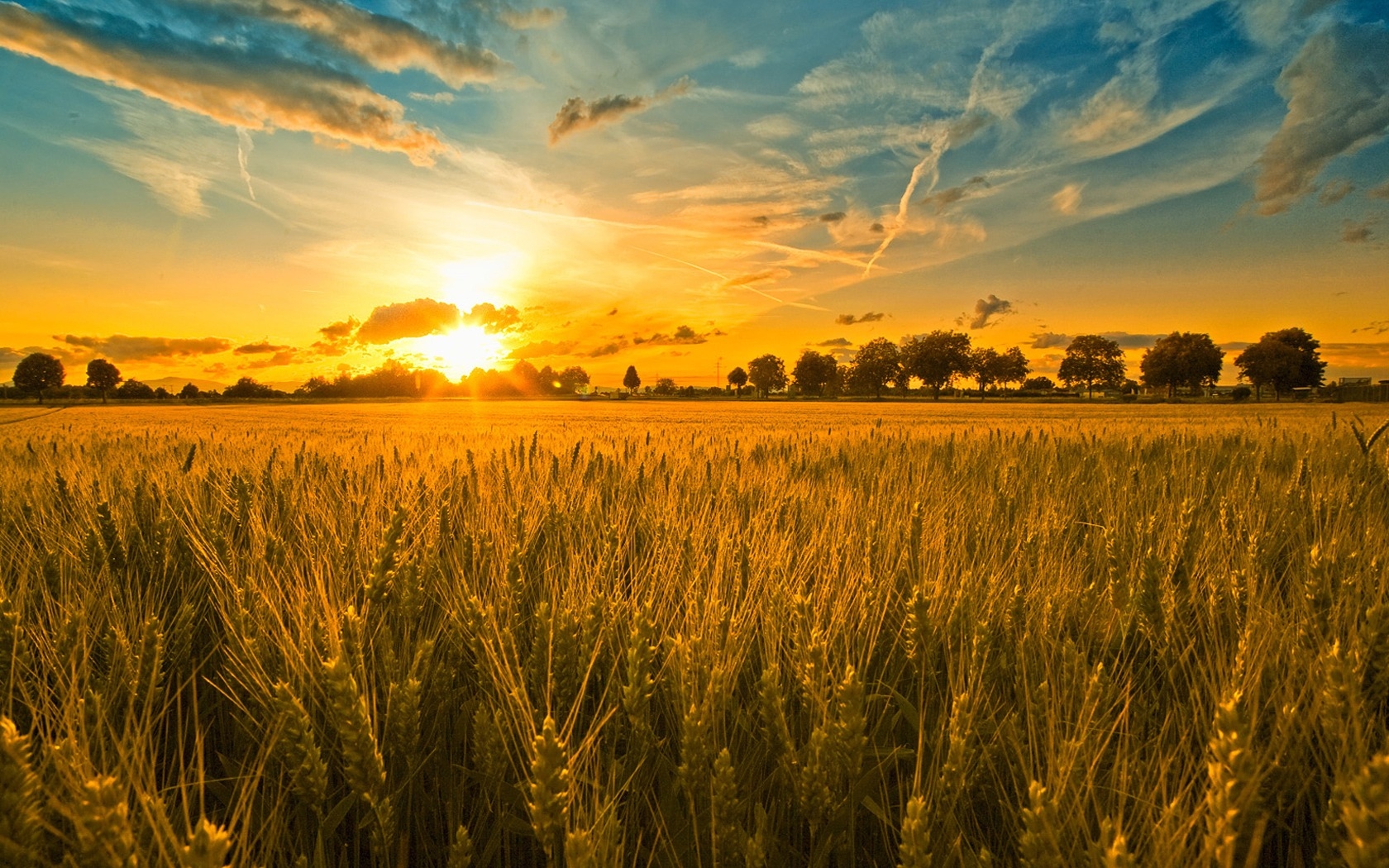 The implications of John’s utilization of the imagery of the winnowing fork / fan and the threshing floor are absolutely stunning– and fatal– for all futurist views of eschatology. To drive this home, we need to look closer – albeit briefly– at who John was.

John the Baptizer Was Elijah!

John was, according to Jesus in Matthew 17:10-12, the fulfillment of Malachi 4:5-6, which predicted the coming of Elijah before the Great and Terrible Day of the Lord. 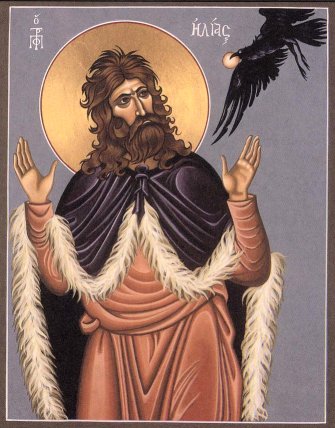 That coming of the Lord foretold by Malachi was to be the time when YHVH’s book of life would be opened and God would make up the jewels of his crown (3:15-16). This is, of course, nothing other than the prediction of the “great white throne judgment” of Revelation 20:10-12, at the end of the millennium resurrection harvest.

So, Malachi foretold the coming of Elijah to prepare for the end of the millennium, white throne judgment–the resurrection / harvest— at the Great and Terrible Day of the Lord.

John the Baptizer was Elijah predicting that the time of the climax of the harvest– the resurrection harvest– was near. Jesus already had the winnowing fork of that consummative threshing in his hand!

This could mean nothing but that the great white throne judgment at the end of the millennium resurrection of the dead was objectively imminent!

But, the Great and Terrible Day of the Lord, to be heralded by Elijah / John was clearly the end of the age harvest / resurrection of Revelation– the time of the opening of the book of life and the rewarding of the saints (Malachi 3:15-16–> Revelation 20:10f).

Undeniably, John posited the consummation of the harvest as near, imminent, and not far off when he said that the winnowing fork– the image of the climax of harvest– was already in Jesus’ hand.