Flesh and Blood Cannot Inherit the Kingdom of Heaven

1 Corinthians is clearly the fundamental battle ground for any discussion of the resurrection. We are told by all futurists that Paul anticipated and predicted a yet future to us raising of dead human fleshly corpses, at the end of time or human history. This is the view I once held, until I began to more closely examine the texts of Scripture. I then realized that this is simply not what the Bible teaches.

In July 2012, I had a formal public debate with Joel McDurmon, Head of Research at American Vision, in Georgia. This Gary DeMar’s organization.

In that debate, McDurmon affirmed the necessity for a fleshly, bodily resurrection of corpses out of the ground. Of course, he had difficulty substantiating this claim in light of Scripture, but, it was his burden to prove the case.

During the Q and A session on Saturday, McDurmon was asked a question about Paul’s statement in 1 Corinthians 15, that “flesh and blood shall not inherit the kingdom.” Since McDurmon affirms a resurrection of “flesh and blood” this would seem to pose a challenge to his paradigm. McDurmon’s response to the question was, in a word, staggering, for in truth, as I noted during the debate, he virtually gave the debate away in his answer. His answer and my response is in the book of that debate that you can find here.

Well, what happens when John the Baptist comes? Even with the Abrahamic promise it was to him and his seed. And both Jesus and John the Baptist are telling the people of that time period — that the Jews of that time period, don’t think to yourselves that you’re children of Abraham just because you’re his flesh and blood. Because God can raise up from these stones children of Abraham. Of course we find out in Galatians Chapter 3 that the real seed of Abraham is singular; it’s Jesus Christ. And his posterity is all from those who believe in him through faith, not his flesh.

And so I think that’s being loaded in — and keep in mind, there was tremendous Jew and gentile controversy going on in all of Paul’s Apostles including 1 Corinthians. And when he’s bringing this in, he’s contrasting that promise or that covenant, if you will, with the future covenant. That doesn’t mean flesh and blood literally cannot inhabit the kingdom of heaven. It just has to be gloried bodies.” (End Times Dilemma, p. 135).

You just have to catch the power of McDurmon’s comments! Let me express my response succinctly, and be sure to read my longer response in the book.

Flesh and blood refers to “Israel after the flesh”- McDurmon.

The resurrection is the time of the putting off of “flesh and blood”– Paul.

Therefore, the resurrection will be / was, the time of the putting off of “Israel after the flesh.” i.e. at the end of the Old Covenant age of Israel!

Notice carefully that McDurmon said in direct connection with putting off of “flesh and blood”: “keep in mind, there was tremendous Jew and gentile controversy going on in all of Paul’s Apostles including 1 Corinthians. And when he’s bringing this in, he’s contrasting that promise or that covenant, if you will, with the future covenant.

So, Paul’s referent to “flesh and blood” is part of the “Jew and Gentile controversy” that Paul is continuing to discuss in 1 Corinthians 15 and that Paul was contrasting “that promise or that covenant, if you will, with the future covenant.” In other words, Paul’s reference to “flesh and blood” was a reference to Old Covenant Israel and the Old Covenant!

#0000ff;”>Paul’s “flesh and blood” discussion is a contrast between “that promise or that covenant” of Israel after the flesh, and “the future (to Paul, DKP) covenant” which can only be referent to the New Covenant! Again, this is a covenantal contrast, not a discussion of the biological substance of human bodies.

Notice how this agrees perfectly with not only what Paul says in 1 Corinthians 15, but, with  McDurmon’s other words. In our correspondence, Joel identified “the law” that was “the strength of sin,” mentioned by Paul in 1 Corinthians 15:55-56 as the law of Moses. I noted this in our debate, and Joel never denied it at any time. So, here is what we have:

The resurrection would be the putting off of “flesh and blood”– Paul.

Flesh and blood was referent to Israel after the flesh and the Law of Moses– Joel McDurmon.

Therefore, the resurrection would be when Old Covenant Israel after the flesh and the Law of Moses was put off.

Therefore, the resurrection was when “the law” that was “the strength of sin” i.e. the Law of Moses, was put away.

Now, very clearly, if the Law of Moses, has been done away, then “flesh and blood” has been put away, the mortal has put on immortality, “the law” that was the strength of sin, has been overcome– the resurrection has occurred!

On the other hand, if the resurrection of 1 Corinthians 15 has not taken place, then without any question, “flesh and blood”– “Israel after the flesh”- still reigns, the Law of Moses is still “the strength of sin”!

On this note, I have observed that I asked McDurmon: “At what point of time, and with what event (or events) were, or will, all (not just some) of God’s Old Covenant promises, made to Old Covenant Israel after the flesh be fulfilled and His covenant relationship with them fulfilled and terminated?”

McDurmon responded that all of this will take place at the time of the physical resurrection.

Do you catch that? Do you see the power of this?

McDurmon is logically and explicitly locked into the position that Old Covenant Israel “after the flesh” remains as God’s covenant people today, and that God’s covenant with them, i.e. the law of Moses– which included the animal sacrifices as an integral and vital part of Torah– will remain valid until the physical resurrection. 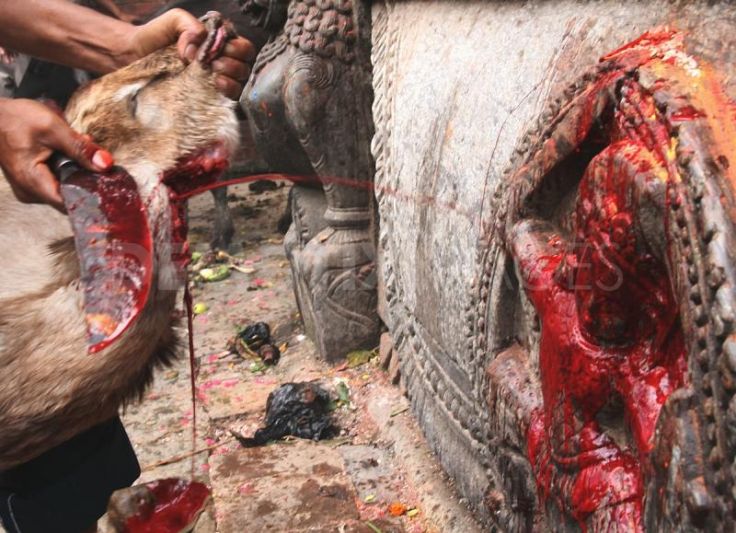 That raises all sorts of significant theological issues, does it not?

Is Israel today still under Torah, and yet, subject to the Gospel as well? Or, does McDurmon affirm as John Hagee does, that Israel has her covenant with God, and the Gentiles have their covenant (The Gospel) with God, and that Israel after the flesh is not, therefore, subject to, and does not need the Gospel of Christ? How in the name of reason can one logically conclude anything else?

If Israel is still God’s covenant people, and if God’s covenant with them is still binding, then of necessity, Israel is bound, mandated, to be faithful to the Law of Moses– all of it– including those animal sacrifices! We will have more on this in the next installment of this article, so stay tuned!