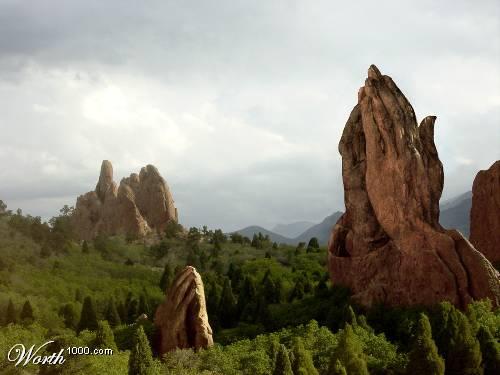 Isaiah 1012 Contains God’s Promises of things to come— after the wrath.

So it will be that when the Lord has completed all His work on Mount Zion and on Jerusalem, He will say, “I will punish the fruit of the arrogant heart of the king of Assyria and the pomp of his haughtiness.”

God’s Promises and the Nations

When did the Lord finish His work on Mt. Zion? Was it when he brought Hezekiah to the point of prayer concerning the Assyrian threat (Isa. 3714–20)? Was it when the Medo-Persians liberated the Jews from Babylon and sent them back to Jerusalem (Ezra 11–3)? Or was it when He destroyed Jerusalem for the final time under the Roman horde (Dan. 924–27)? We’ll see that the removal of Assyria in this promise was, in fact, the removal of what Assyria began.

With Assyria the national darkness began. It lasted about 700 years. Assyria was removed by Babylon; but that’s not the point here, because Assyria didn’t finish the work God (or God’s promises) was doing on Mount Zion. After Assyria, the temple still stood, for almost 150 years. Not until Babylon came was the temple destroyed; but then it was rebuilt and it wasn’t destroyed again until the Roman invasion. That’s when God was finished.

Under the approaching Assyrian army, Isaiah showed God’s plan for this entire period of national darkness. This will become clearer as we continue through Isaiah. It’s not just the removal of Assyria that’s in view here; it’s the removal of what Assyria began. Throughout this section we’ll wonder, was he talking about Assyria, or was he talking about Babylon? The answer is, “Yes.” They both represented the same thing: God’s purpose for Mount Zion– God’s promises to Israel.

God’s Promises Not Exhausted By the Assyrian Invasion

We should also admit that Assyria did accomplish the role God intended for Assyria to play; then he was punished. Babylon came and accomplished what God intended for Babylon to accomplish and he was punished, too. Then the Medo-Persians did their part, and the Grecians played their role, and the Romans, theirs. In each case, when God was finished with a nation’s particular role, they were punished. (This domination of Israel by human empires is what Daniel later brought to light by the metal-man image in Dan. 2; or by the beastly kingdoms of Dan. 7.) God’s promises are always fulfilled!

Compare v. 15 with v. 5. In v. 5 Assyria was the rod of God’s anger; simply the tool in God’s hand. Assyria was prone to boasting, “Look what I did,” (in conquering all those coastal nations), so God gave him this illustration: Does the axe take more glory than the one who chops with it? “Hey, lumberjack, you’re nothing; I cut the wood!” The lumberjack (in this case, Yahweh) would sarcastically say, “Right! You’re just a tool in my hand. If I don’t pick you up, you’re still on the ground gathering rust.” Assyria was nothing more than God’s tool. The great power Assyria thought he had was nothing more than the edge of Yahweh’s axe. God did the cutting; He simply used Assyria. As we shall see, as we continue to examine God’s promises in Isaiah, those promises extended well beyond the immediate future, to the time of Messiah. Stay tuned