Hebrews 13:15 – This Changes Everything #4: A Look At Dominionism in Light of Hebrews

Modern Dominionism insists, by and large, that God’s Old Covenant promises to Israel are fulfilled.  However, they fail to properly apply that truth, especially as it is set forth in Hebrews. Be sure to read the other installments in this series   #1   #2” href=”http://donkpreston.com/hebrews-1315-this-changes-everything-2/” target=”_blank”>#2   #3” href=”http://donkpreston.com/hebrews-1315-this-changes-everything-3/” target=”_blank”>#3.

I want to remind the reader of Walker’s excellent comments about how the author of Hebrews interpreted the Old Covenant things of Israel, in light of Christ and his work: “In the light of his Christian faith the author of Hebrews saw the Land, the Temple and Jerusalem in new ways. Each of these three realia was a picture given by God in advance of some deeper, heavenly reality. The Land pointed towards eschatological ‘rest’ (4:9), the Temple illustrated the ‘greater and perfect tent in heaven (9:11), and the earthly city of Jerusalem prepared the way for the ‘heavenly Jerusalem (12:22)” (Walker, Holy City, 1996, 222). 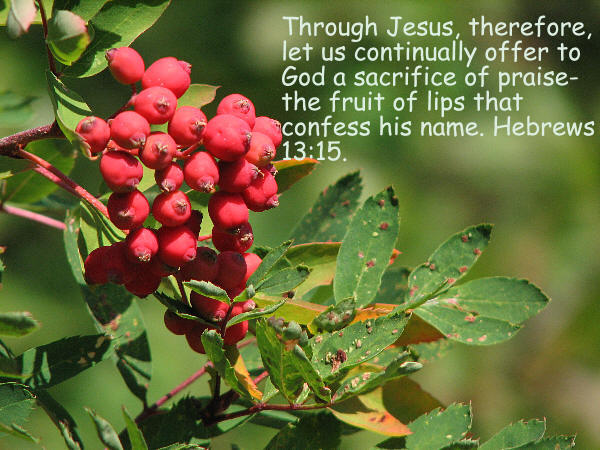 Dominionism and the Fulfillment of the Old Covenant

Now, among Amillennialists and Postmillennialists, (Dominionists) these comments are widely accepted as true. This is particularly true in the controversy against the Dispensationalists who insist on a future, nationalistic, literalistic restoration of the Temple, the Cultus, the priesthood, the sacrifices, etc.. For instance, Gary DeMar, of American Vision in Geogia, says this:

“One of the first things a Christian must learn in interpreting the Bible is to pay attention to the time texts. Failing to recognize the proximity of a prophetic event will distort its intended meaning. The New Testament clearly states that the ‘end of all things’ was at hand for those who first read 1 Peter 4:7; that is, the Old Covenant with its types and shadows was about to pass away.” (Gary DeMar, Last Days Madness, (Powder Springs, Ga., 1994)27).

So, for DeMar, the types and shadows of Torah have all been fulfilled.

DeMar is even more specific in regard to the Old Testament promises made to Israel. In an article entitled:  “All Promises Made to Israel Have Been Fulfilled: Answering the Replacement Theology” Critics (Part 4) :

“Non-dispensationalists like me would say that all the promises made to Israel have been fulfilled, and the redemption of Israel according to those promises made it possible for Gentiles to be grafted into an already existing Jewish assembly of believers that the Bible calls the Church. Soon after Jesus’ ascension, the gospel is preached to “Jews living in Jerusalem, devout men, from every nation under heaven” (Acts 2:5). If this is not God dealing specifically and solely with Israel, then I don’t know what is. To say that the Church is a “mystery” unknown to the OT prophets contradicts what Peter states in Acts 2:16: “this is what was spoken of through the prophet Joel.” “This,” a near demonstrative, is a reference to the events of Pentecost. If Joel predicted what was happening, and the dispensationalists claim that Pentecost is the beginning of the Church Age, then the Church is not a mystery; it is the fulfillment of Bible prophecies made first and foremost to Israel.”

(Side bar: DeMar seems not to notice how devastating his affirmation that “All Promises Made to Israel Have Been Fulfilled” truly is. DeMar seems to have not noticed that the resurrection, Christ’s “Second Coming” and the judgment were all Old Testament promises made to Israel! So, to admit, as DeMar does, that all OT promises to Israel stand fulfilled is, of logical necessity, to accept the full (true) preterist paradigm).

So, on the one hand we have a major representative of the modern Dominionism movement affirming the fulfillment of Israel’s promises, Israel’s types and shadows. (And yet positing another eschatology beyond Israel’s eschatological promises, which is un-Biblical). What we find in Dominionism and Amillennialism is the same basic structure, along with the claim that those fulfilled events have now become typological of a yet future eschatology at the “real” end– the end of the Christian age. Let me document this.

Among Amillennialists, Kim Riddlebarger maintains that Israel’s promises are all fulfilled but that:

Like DeMar cited above, Riddlebarger claims that all of the OT promises made to Israel were fulfilled, but that a new set of promises has now been set in place:

“Because of Jesus Christ and his coming, the Christian possesses the complete fulfillment and blessings of all the promises of the messianic age made under the old covenant. But, the arrival of the messianic age also brought with it a new series of promises to be fulfilled at the end of the age. The fulfilled promises pointed to a more glorious and future fulfillment. This is called the ‘not yet’ or future eschatology. It is this already/not yet tension which serves as the basis for understanding much of the New Testament eschatological expectation.” (2003, 61).

“For information concerning the first coming of Christ, we go to the Old Testament. He came exactly as predicted, and all those prophecies were fulfilled or were forfeited through disobedience. But for information concerning his Second Coming and what future developments will be, we go only to the New Testament.” (Lorraine Boettner, Four Views of the Millennium, (Downers Grove, InterVarsity,1977)102).

Likewise, Postmillennialist Keith Mathison, who, quite frankly, seems to change his eschatological views based on who he is writing against or for, nonetheless claims in regard to Hebrews 12:18f , where the writer said to his audience “you have come to Mount Zion”:

Other Dominionists of the day claim, ostensibly, to believe that all of God’s promises to Israel have been fulfilled, but that the fulfillment of those things serve as a type or foreshadowing of the real end.

Dominionism and the New Types and Shadows

Kenneth Gentry in his written debate with Thomas Ice, said:

“The significance of the collapse of Jerusalem and the destruction of the temple in AD 70 is little appreciated by modern Christians. But, AD 70 effectively closes out the old, typological era and removes a major hindrance to the spread of the Christian faith.”  (Kenneth L. Gentry and Thomas Ice, The Great Tribulation past or Future?, (Grand Rapids, MI: Kregel Publications, 1999)64). 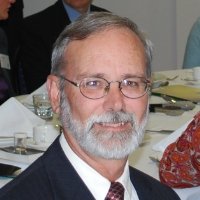 Gentry wrote in another place: “I wholeheartedly concur that A.D. 70 and the destruction of the temple is a ‘proleptic, typological fulfillment of the final judgment.’” (Thine Is the Kingdom, (Vallecito, Ca., Chalcedon, 2003)159f).

Gentry, DeMar, Mathison are not alone in positing fulfillment of Israel’s types and shadows, while  claiming that those age ending events were typological of the end of the Christian age.

The late Greg Bahnsen said, “Although ceremonial days are no longer to be distinguished, the NT does distinguish the first day of the week from the other six (1 Cor. 16:2; Acts 20:7) and denominates it “the Lord’s Day” (Revelation 1:20).” (Theonomy in Christian Ethics, (Nagadoches, Tx., Covenant Media Press, 2002)226).

“At the coming of Christ the Sabbath was purged of the legalistic accretions brought by the scribes and Pharisees (Luke 13:10-17; 14:1-6; Mark 3:1-6); the Sabbath had suffered corruption at the hands of the autonomous Pharisees just as numerous other moral precepts had (cf. Matthew 5:21-48). Moreover, the ceremonial and sacrificial aspects of the Older Testamental cycle of feast days (‘new moon, sabbath year, Jubilee, etc.) along with those cyclic observances of feast days, were ‘put out of gear’ by Christ’s work of redemption. Hence, Colossians 2:16f looses us from the ceremonial elements of the sabbath system (the passage seems to be referring specifically to feast offerings), and passages such as Romans 15:5f and Galatians 4:10 teach that we need not distinguish these ceremonial days any longer (as the Judaizers were apt to require.).” (2002, 226-227– all emphasis his).

He continues his comments on the Sabbath, claiming that Sunday is now the “Christian Sabbath” foreshadowing salvation (p. 227):

“As Christ provides for entrance into eternal Sabbath rest of God by His substitutionary death upon the cross, He makes the typological elements (e.g. the offerings) of the Sabbath system irrelevant (things which were a shadow of the coming substance according to Colossians 2:15-17; Hebrews 10:1,8. By accomplishing our redemption Christ also binds us to the observance of that weekly Sabbath which prefigures our eternal Sabbath (cf. Hebrews 4).” (227)

While other Dominionists could be cited, we offer the comments of Joel McDurmon, with whom I had a formal debate in July of 2012. In an article on the American Vision website, McDurmon challenged the futurist, literalistic paradigm of a restored literal Jerusalem, and the idea that Christians are still “pilgrims in this world.”  That futurist view demands the restoration of the literal city. In response, McDurmon castigated the idea that Christians are still “pilgrims” wandering toward the promised land. I will give a rather lengthy bit of his article here:

“When the argument of faith and pilgrimage in Hebrews 11 finally does turn to “us” it notes a complete change of status. While all of those Old Testament pilgrims died and “did not receive what was promised,” New Testament believers are different: “God had provided something better for us” (Heb. 11:40). So, we are categorically not like them. We are in a better position than they. The promised Kingdom has indeed come, it is given to us. We are not exiles waiting to receive the promise. Indeed, the author tells the first-century believing Jews in the very next chapter, as a continuation of the argument in Hebrews 11, “you have come to Mount Zion” (Heb. 12:22). They were no longer exiles; they had arrived!… This arrival verse is very important. Horton refers to the Christians a pilgrims. He denies we have arrived, or downplays it in any meaningful sense. He constantly refers to Zion as a future destination: the “path to Zion,” “this journey to Zion,” “Marching to Zion.” But Hebrews makes it absolutely clear that New Testament believers “have come to Zion.” This is in the past tense. Horton says nothing about this verse, and yet it is the culmination of the argument the author began in Hebrews 11.”

In his (often excellent) book, Jesus V Jerusalem, McDurmon had this to say of the Zion promises:
“Zion has been ‘spiritualized,’ if you will, and revealed to be fulfilled in the person of the ascended Christ: ‘But you have come to Mount Zion and to the city of the living God, the heavenly Jerusalem, and to the innumerable angels in festal gathering…” (Joel McDurmon, Jesus V Jerusalem, Powder Springs., GA, American Vision Press, 2011)178). 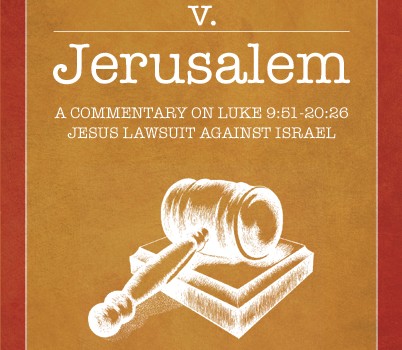 So, like Mathison, McDurmon affirmed the fulfillment of the Zion promises, insisting that Christians have arrived; we are no longer pilgrims! Oh, but then, they all turn around and say: “Well, we have arrived at Zion…. But not really, not like it will one day be!” More coming, so stay tuned.