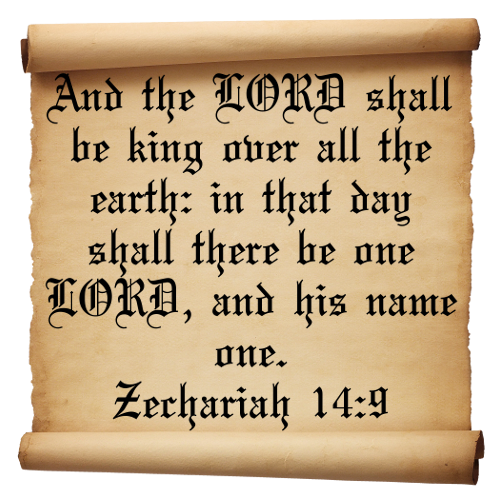 It has been long understood that in his prediction of the fall of Jerusalem and the associated end of the age (24:2) Jesus drew from Zechariah 13. Just as in Zechariah 14, Jesus predicted his coming with the angels to gather together the elect (24:30-31). He emphatically placed this event within his generation (v. 34). Be sure to read the previous articles in this series on Zechariah 14, #1” href=”http://donkpreston.com/the-eschatology-of-zechariah-14-1/” target=”_blank”>beginning here.

Consistent with the prediction of the coming of the Lord with his saints at the time of Jerusalem’s judgment in Zechariah 14, Jesus said he would come with his angels to gather the elect. The prediction is the same, the framework is the same. Be sure to read my discussion on the relationship between Zechariah 14 and Revelation in my book, Who Is This Babylon?

The connection between Zechariah’s prophecy and Matthew 24 is strengthen when it is realized that Matthew 24:30: “then shall all of the tribes of the earth mourn” is taken directly from Zechariah 12:10. Zechariah predicted the time when there would be tremendous mourning in Israel. He said only a remnant  (two thirds shall perish) would be saved because of the coming judgment. This would be the time when the fountain for sin would be opened and the descendant of David would sit on the throne (Zechariah 12-13).

Zechariah 14 and the Dispensational World

It is sad to read the Dispensational literature on Zechariah 13-14. Thomas Ice has claimed that preterism has no answer for the premillennial view of these texts. In truth, it is they who cannot answer the text. And of course, Ice will not even debate these issues now– at least not with me.

Note that Zechariah 13-14 predicted the salvation of the remnant, “in that day” the day when YHVH would open a fountain for cleansing (13:1). Has that fountain been opened? Is there cleansing today, through that “fountain” of the blood of Christ? One of the key words here is “cleansing” of course, and when we come to the NT, we find that word incorporated into Paul’s theology in a very powerful way. I will not develop it here, but suggest that you do some research on it, for it is a powerful tie in with Zechariah.

Zechariah 14 and the Salvation of the Remnant

Another aspect of Zechariah that definitively refutes the Dispensational theology is the salvation of the remnant, when read through the prism of Pauline theology.

The salvation of the remnant was one of Paul’s foundational doctrines. His fullest treatment of it is found in Romans 9-11. There, he cites Isaiah and Hosea (in chapter 9) as he speaks of how YHVH had always delivered only a remnant– never the majority.

While a great deal could be written on this subject, I want to focus on the fact that Paul is emphatic that in and through his ministry, those OT prophecies of the salvation of the remnant were being fulfilled. Paul did not have a theology of the failure of God’s promises to Israel. He knew nothing of God’s promises being postponed! Paul went so far as to say that Israel’s rejection of the gospel was in fulfillment of those OT prophecies! He quotes Isaiah 65:1-2 in chapter 10:20-21 to show that Israel’s rebellion in his day was not unforeseen, not unexpected, not unplanned. God knew it was going to happen!

Zechariah Has No Postponed Kingdom!

Of course, this is critical, because the Dispensationalists claim that it was due to Israel’s unbelief that God was “forced” to postpone the Kingdom offer to Israel. Ice says: “The sad truth is that the Jews rejected the offer and the kingdom was postponed.”  (Thomas Ice, Prophecy Watch, (Eugene, Ore, Harvest House, 1998)231. In his written debate with Kenneth Gentry, Ice said , “I believe the Scriptures teach that Israel could have obtained her much sought after kingdom, by recognizing Jesus as the Messiah. We all know the sad reality–the Jews rejected Jesus. As a result, (my emp. DKP), the kingdom is no longer near, but postponed.” (Kenneth Gentry and Thomas Ice, The Great Tribulation: Past or Future, (Grand Rapids, Kregel, 1998)115, 117.

Unfortunately for Ice and the entire Dispensational world, neither Paul or any other Biblical writer ever so much as hints or suggests that the unfaithfulness of the Jews would-or could- thwart God’s kingdom plans. As Paul queried, as he discussed Israel’s unbelief,  “Will their unbelief make the faithfulness of God without effect?” And he answered that challenging question: “Certainly not!” (Romans 3:3-4).

So, here was Paul discussing Israel, her promises, her rebellion and unbelief, and Paul says their unbelief could not in any way deter God’s plans! In fact, Paul as he discussed the remnant, said “Israel has not obtained that for which it seeks, but, the elect has obtained it, and the rest were blinded” (11:7). (See my MP3 series on this text. It is tremendously important! You can order from my websites: www.eschatology.org or www.bibleprophecy.com).

This is hugely important, and it shows that Paul’s discussion of the salvation of the remnant– taken from the OT prophecies of Israel’s last days unbelief was part of the plan. This means that in Zechariah, when it was said that only one third would be saved (13:8f) in the Day of the Lord of Zechariah 14, that: 1.) The rebellion of Israel that would lead to that destruction was foreseen. 2.) In spite of that rebellion and unbelief, the fountain for sin would be opened. 3.) The Lord would refine that remnant, and make them like fine gold (13:9f), in the Day of His coming with His saints in judgment of Jerusalem (14:1-5). Furthermore, it would be “in that Day” the coming against Jerusalem, that the Kingdom would be established “in that Day there shall be one King…” (14:9).

Not only did Paul discuss the salvation of the remnant as found in Zechariah 13-14, he said this about that work which was active in his day: “For He will finish the work and cut it short in righteousness, Because the Lord will make a short work upon the earth.”

Needless to say, this is a troublesome verse– and truth– for those who claim that the salvation of the remnant was to be on-going throughout the entirety of the Christian age. Paul was clear that the consummation, the finishing of the work of saving the elect remnant of Israel would not be protracted. It would not be a long work. It would not be delayed.

The consummation of the work of the remnant foretold in Zechariah was to be the coming of the Lord with his saints. In Matthew 24:29-31 Jesus foretold his coming with his saints go gather together the “elect”– the remnant of Israel (v. 30-31 – It should be noted that verse 31 is a direct echo of Isaiah 27:13 which was historically understood as a prediction of the salvation of the elect remnant!) That coming of the Lord to gather the elect remnant into the New Covenant Temple (a covenantal gathering– not a geographical gathering) would be in the first century (Matthew 24:34).

So, once again, we see that the prophecies of Zechariah 14 are interpreted and applied by the NT writers to the events unfolding in their generation. And they saw the consummation of those events as the everlasting kingdom of Messiah, when, as Zechariah 14 foretold, the River of Life would flow from Jerusalem (Zechariah 14:7f).

Zechariah 14, as applied by the NT writers and their prediction of the coming of the Lord with his saints, demanded a first century fulfillment.