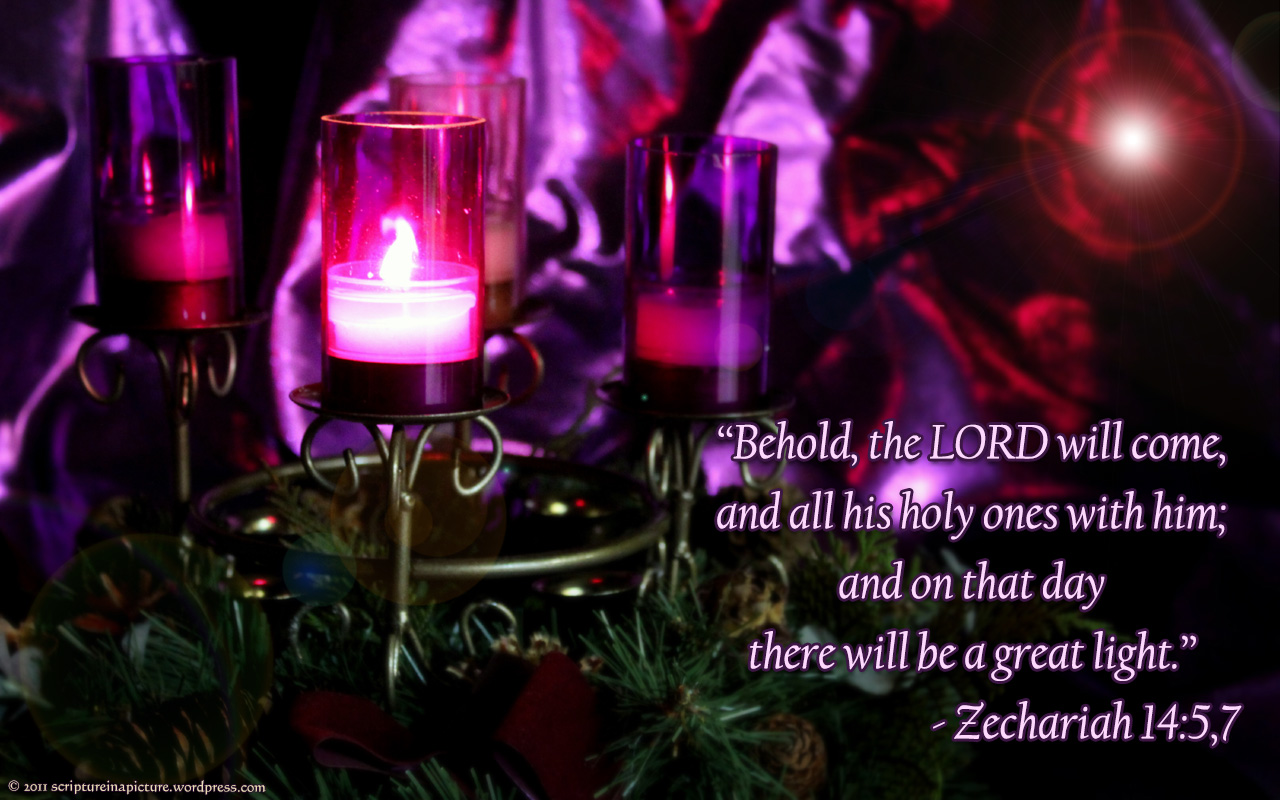 #4 – Zechariah and Revelation” href=”http://donkpreston.com/the-eschatology-of-zechariah-14-4-zechariah-and-revelation/” target=”_blank”>Our last article advanced a chart listing ten parallels between Zechariah 14 and the book of Revelation. The points of comparison are not minor but major elements pertaining to God’s Scheme of Redemption. In this and pursuant articles we wish to develop in some detail the significance of these parallels.

Zechariah 14 predicted the coming of the Lord with all his saints (14:5). Pusey claimed: “Whenever the Scriptures say that the saints and angels come with Christ, it is always speaking of His Second Coming.” (E. B. Pusey, Pusey on the Old Testament, The Minor Prophets, A Commentary, Baker, Vol. II. 1979)450). He is surely correct. The trouble for Pusey and all futurists however, is that Zechariah 14 placed that coming in direct association with the fall of Jerusalem!

How is it possible to divorce the day of the Lord in verse 1 from the coming in verse 5? There is no division in the chapter. Only theological bias constrains the suggestion that while the Romans did fulfill Jesus’ prediction of the siege of Jerusalem “At the end of the age preceding the second coming of Christ, Jerusalem will be in a similar situation.” (John Walvoord, Major Bible Prophecies: 37 Crucial Prophecies that Affect You Today, Grand Rapids, Zondervan, 1991).

The concept of the Lord coming with his saints is a common  Old Covenant theme and is the source for the New Covenant predictions. In fact, “All the essential details of New Testament portrayals of the Parousia are found in Old Testament descriptions of the coming theophany.'” (F. F. Bruce, citing  Glasson in Word Biblical Commentary, 1 and 2 Thessalonians, (Waco, Tx, Word Publishing, 1982)73. Minear says, “As one recalls Old Testament passages like these (Joel, Isaiah, etc., DKP) one is forced to conclude that every essential feature of the New Testament prophecies were an echo of these. No Christian prophet tried to explain the meaning of these references to solar disasters, a fact that suggests that the audience was expected to understand the language.” (Paul S. Minear, New Testament Apocalyptic, Nashville, Abingdon, 1981)52-53.

In Deuteronomy 33:2 we are told that at Sinai the Lord came with “ten thousand of his saints”. Did Jehovah literally come with ten thousand saints? Not according to the historical record. But Jehovah manifested Himself in majesty and glory on the Mount and therefore He is said to have come. This metaphorical language is the “lingua franca” of passages speaking of epiphanies of the Lord.

Fairbairn, although inconsistent with his own conclusions, stated the case beautifully. After considering the metaphoric usage of Old Testament passages predicting the coming of the Lord he concluded:
“So that, as regards the Lord’s presence and coming, the real and the visible are by no means to be regarded as interchangeable; and it is only from the accompanying circumstances and conditions that we can determine, in regard to any predicted manifestation of Himself, whether it is to be patent to the senses of men, or concealed from their view. Such are the conclusions from a consideration of what is written of it in the Old Testament Scripture. And the presumption is, as we have already indicated, that it may not be materially different when we pass from the Old to the New. (Patrick Fairbairn, Prophecy: Its Distinctive Nature, Its Special Function, Grand Rapids, Baker, 1976)440f).

A correlated side bar here. We are increasingly being told that indeed the language of the coming of the Lord is metaphoric in nature, and that we must honor the temporal statements about the imminence of the parousia in the first century. We are told that the Lord did come, in AD 70. It is being widely admitted that everything that the Old Testament prophets foretold has been fulfilled, but that the church now has a “new” set of promises and prophecies, unrelated to the promises made to Israel. The end of the age arrived! There was in fact “a” resurrection of both just and unjust, fulfilling Daniel 12:2. But, we are confidently assured, those end of the age events were types and shadows of the “real” end of the current Christian age.

Zechariah 14: Typological of Something Greater?

We hear these claims from both Amillennialists and Postmillennialists.
Kim Riddlebarger, prominent Amillennialist, says,  “Because of Jesus Christ and his coming, the Christian possesses the complete fulfillment and blessings of all the promises of the messianic age made under the old covenant. But, the arrival of the messianic age also brought with it a new series of promises to be fulfilled at the end of the age. The fulfilled promises pointed to a more glorious and future fulfillment. This is called the ‘not yet’ or future eschatology. It is this already/not yet tension which serves as the basis for understanding much of the New Testament eschatological expectation.”  (Amillenialism, Grand Rapids, Baker, 2003)61. I would suggest that there could hardly be a more erroneous theology.

Postmillennialists make the same claims about AD 70 being typological: “Theologically, a redemptive-historical link does in fact connect AD 70 with the second advent. This could easily confuse the disciples. That is, the AD 70 episode is an anticipatory foreshadowing of the larger event, the second advent.” (Kenneth Gentry, The Olivet Discourse Made Easy, Draper, VA. , Apologetics Group, 2010)47.

On this note it is fascinating to note that Dominionist Joel McDurmon, at the 2011 Prophecy Conference sponsored by American Vision presented a speech entitled “Double Fulfillment: Double Cross.” In that presentation he examined the Dispensational claim that Bible prophecy must be fulfilled twice. Dispensationalists claim that while many OT prophecies– and some New Testament ones– did have “audience relevance” for the ancient audiences to whom they were addressed, those prophecies will be fulfilled again in the last days. McDurmon categorically rejected this hermeneutic.

Then, in his book, Jesus –V- Jerusalem (which is excellent in many ways, and available from me) McDurmon, attacked the Dispensational “double fulfillment” practice, especially as it relates to the anti-christ.  Millennialists claim that the first century “anti-christs” that John spoke of in 1 John 2:18 as already present—in fulfillment of prophecy, by the way– “pre-figure” the “final, greater” end times anti-christ. McDurmon said this double fulfillment practice “distorts the scripture.” (Joel McDurmon,  Jesus -v-Jerusalem, Powder Springs, GA., American Vision, 2011)185. Contact me via email on how to order the book. However, in 2012, I had a formal public debate with McDurmon. (A book of that debate is now available).  And strangely enough, McDurmon took the position that prophecy not only has a double fulfillment, but, it is fulfilled over and over again, “multiple times.” It seems that Double Fulfillment is only wrong when the Dispensationalists appeal to it, but, it is critical to the Postmillennial (Dominionist) eschatology and theology. Let me illustrate from our debate.

During our debate, McDurmon actually admitted that he could freely posit fulfillment of 1 Corinthians 15 and Revelation 20 (the resurrection, the destruction of the “last enemy”, White Throne Judgment at the end of the millennium, etc.) in AD 70.  And no, as astounding as that sounds, that is not a typo.

McDurmon openly affirmed that there was “a fulfillment” of these texts (owing to the fact that they contain language of imminence) but that we still await the “final fulfillment.” So, per McDurmon, on the one hand, the Dispensational doctrine of prophetic double fulfillment is specious, wrong, and violates scripture, but, on the other hand, we must– to properly understand the Bible– believe in “multiple fulfillments” of prophecy! How is that for “double talk”?

The claim that AD 70 was typological of another, greater event is a theological fabrication without a shred of evidence to support it. See my book#4 – Zechariah and Revelation” href=”http://donkpreston.com/the-eschatology-of-zechariah-14-4-zechariah-and-revelation/” target=”_blank”> AD 70 A Shadow of the “Real” End? for a full discussion and refutation of this specious doctrine. We will begin that examination in our next installment.