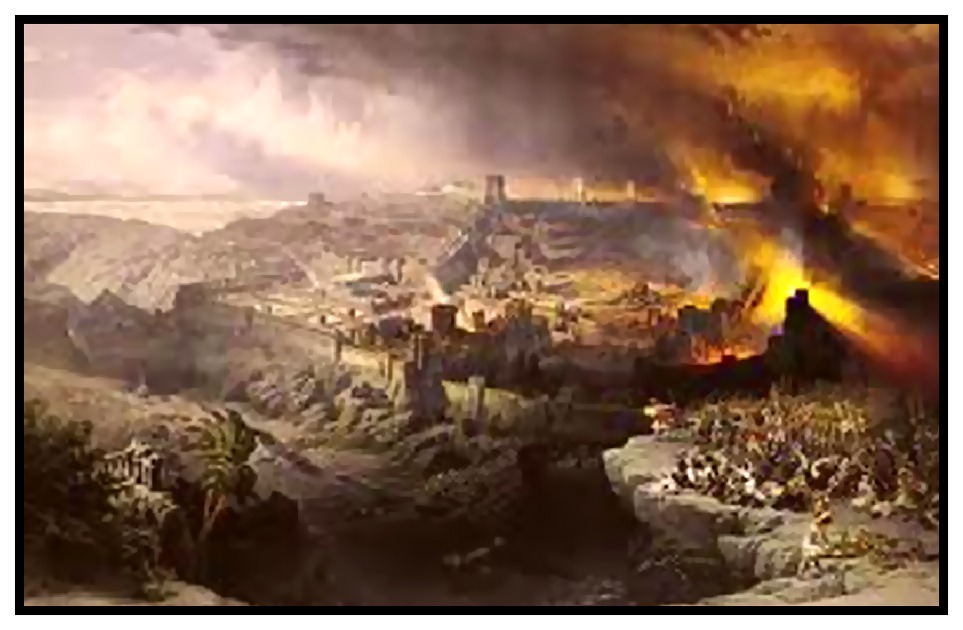 In this text the writer cites Haggai’s prophecy that one day the Lord would “shake not only the earth but the heaven also.”    The result of the shaking of heaven and earth would be the full establishment of “that which cannot be shaken” the everlasting kingdom of God (Hebrews 12:27-28). Needless to say, Hebrews draws directly on Daniel 7, and the reception of the everlasting kingdom at the coming of the one like the Son of Man. See my book, We Shall Meet Him In The Air, the Wedding of the King of kings, for a careful discussion of these connections.

Numerous scholars have noted the covenantal context of Hebrews 12.  Lane says, “The explicit association of ‘the earth’ with Sinai and the old covenant (v. 25b, 26a) implies that ‘the heaven’ is to be associated with the new covenant (25ac). ‘Earth’ and ‘heavens’ are symbols of the revelation at Sinai and of the new covenant revelation to the writer’s generation, respectively.” (William Lane, Word Biblical Commentary, Hebrews 9-13, Vol. 47b, (Dallas, Tx. Word Publishers, 1991)480).

Gentry offers this on Hebrews 12: 18-28 – “The writer of Hebrews contrasts the old covenant and the new covenant (Hebrews 12:18-28), pointing out that the new covenant recipients are currently receiving (paralambanontes, pres. act. prtcp) ‘a kingdom which cannot be shaken’ (Hebrews 12:28). This kingdom will ‘remain’ after God shakes down the old covenant order at the temple’s destruction in AD 70. (Heb. 12:26-27; cp. 8:13), destroying those temple implements made with hands (9:11, 24; Mk 14:58; Acts 7:48). In Hebrews 1:3 we learn that ‘when he had by himself purged our sins’ He then ‘sat down at the right hand of the Majesty on High’ anticipating becoming his footstool (Heb. 10:13). The kingdom, which he receives in history, is unshakable and will ‘remain’ until the last enemy is vanquished (cp. Mt. 16:18).” (Kenneth Gentry, He Shall Have Dominion, Draper, VA., Apologetics Group, 2009)259). It is unfortunate that Gentry posits a temporary, eternal kingdom! Whereas Hebrews clearly and unequivocally says Messiah’s kingdom will never be shaken, Gentry has it as only unshakable and remaining until the parousia!

The point is that Hebrews 12, just like Zechariah 14, has a doctrine of Two Jerusalems.” The Old Jerusalem– Old Covenant Jerusalem– was destined to be destroyed, giving way to the heavenly, eternal Jerusalem. The old “heaven and earth” of Old Covenant Israel would be “shaken” removed, at the parousia, just like in Zechariah 14, the earthquake shakes the old world, and gives way to the eternal kingdom, with YHVH on the throne.

Hengstenberg rejected the A.D. 70 application of Zechariah 14 because of this supposed contrast destruction and deliverance. To him this contrast suggested that Zechariah 14 was speaking of two different Jerusalems: it “requires the prophet, in the third verse, to make a sudden transition from the literal to the spiritual Zion.” (E. W. Hengstenberg, Christology of the Old Testament, (Grand Rapids, Kregel, 1970)381). The question is, what is wrong with that, given the fact that in the NT, the writers clearly do, in their interpretation of the OT prophecies of the salvation of Zion, set forth the idea of Two Jerusalems! (See my in-depth discussion of the Two Jerusalems in my Who Is This Babylon? It is a very important theological point).

The fact is that the motif of the shaking of the earth is a typical Hebraic expression, metaphorically communicating the removal of the “ruling powers” of governments, etc.. It has nothing to do wiht literal earthquakes. Zechariah 14 depicts the earthquake, at the time of the destruction of Old Covenant Jerusalem– the removal of that covenantal “heaven and earth”– and the full establishment of the everlasting kingdom of Messiah.