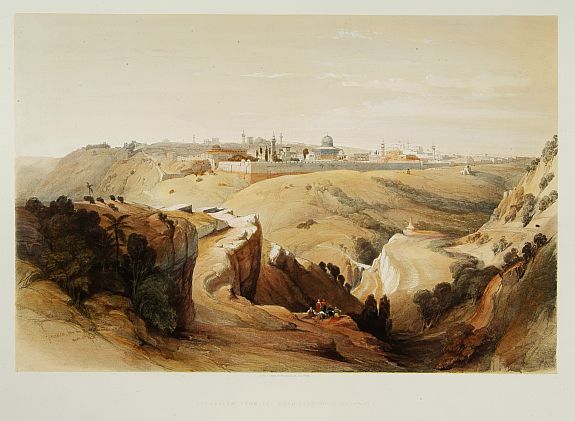 Zechariah 14 foretold a great “earthquake” at the time of the parousia of Messiah. This motif of an earthquake tied to the coming of the Lord is found in other OT eschatological texts. In this installment of our on-going study of Zechariah 14, we are exploring some of those connections. This installment will focus on Joel 2-3. We will then see that Zechariah 14, Joel and the Olivet Discourse are all connected.

In Acts 2:15f Peter defended himself and the other apostles against the charge of drunkenness by saying “this is that which was spoken by the prophet Joel”; he then quotes Joel 2:28f. Thus Peter was affirming in no uncertain terms that

Second, for Peter the outpouring of the Spirit meant the fulfillment of Joel. This is contrary to the futurist millennial view that “At the institution of the Theocratic kingdom the prophecy of Joel will be fulfilled.” To deny Peter’s declaration about the fulfillment of Joel is to deny inspiration; it is to exalt preconceived ideas above inspired testimony.

Joel said the outpouring of the Spirit would be a sign of the Great Day of the Lord when the Lord would shake heaven and earth. Peter said the outpouring of the Spirit on Pentecost was the fulfillment of Joel. Therefore Pentecost was a sign of the impending Great and Terrible Day of the Lord. Is it any wonder then that Peter went on to exhort his listeners “Save yourselves from this untoward generation” Acts 2:40? Bales was certainly correct when he said “It has been thought that Peter indicated that some judgment was coming on that very generation. They were to save themselves from sharing it the guilt and doom of that generation.”

Joel’s prophecy of the Great and Terrible Day of the Lord and thus the shaking of heaven and earth, (as found in Zechariah 14)  can apply to no other event than the fall of Jerusalem. In Matthew 24:29-31 Jesus quotes directly from Joel 2:29-31.

Deaver properly notes the spiritual/figurative nature of this language “It is commonly assumed that the vivid descriptives used in verse 29 and 30 relate to the Lord’s final coming and the end of the world. However, such an assumption is entirely without warrant. The Lord employs apocalyptic terminology with which the disciples would be completely familiar. It is imperative that we be familiar with the same kind of terminology.”

One can only wonder why this “imperative” need to honor apocalyptic literature in Matthew does not apply in Thessalonians and 2 Peter 3! Per Deaver we must honor the Old Testament apocalyptic source and nature of the language in Matthew but totally ignore or discount the Old Testament source and nature of Thessalonians, 2 Peter 3 and Revelation! This in spite of the fact that:

1.] 1 Thessalonians 4:13-18 is directly parallel to Matthew 24–a text that we must honor as non-literal per Deaver, and; 2.] Peter and John, in 2 Peter 3 and Revelation specifically inform us that thier prophecies are simply reiterations of Old Testament apocalyptic predictions–even including Joel 2-3! And don’t forget that we have already shown that 1 Thessalonians 3:13 is a direct citation of Zechariah 14!

In Matthew 24:29-31 Jesus quotes from Joel 2-3. Joel’s prophecy foretold the shaking of heaven and earth just as Zechariah 14 foretold the time when the earth would be shaken. In Matthew 24 Jesus said his prediction, taken from Joel 2-3, would be fulfilled in the fall of Jerusalem in his generation (Matthew 24:34). Therefore the prediction of the shaking of heaven and earth would be fulfilled in Jesus’ generation.

The connection between Zechariah 14, Joel 2-3 and Matthew 24:29f is firm, and proves that the “earthquake” of Zechariah 14 was the removal of the Old Covenant world of Israel in AD 70.