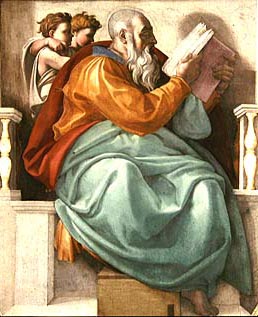 Zechariah as the Source of Peter’s Eschatological Hope

As promised, we want now to begin an examination of the remarkable comparisons between Zechariah and 1 Peter. While it is very clear that Peter draws on more than Zechariah, nonetheless, his major themes and motifs are undoubtedly taken directly from Zechariah.

One of the first things to note is that Peter is emphatic about the source of his eschatological hope. Notice what he says:

“Of this salvation the prophets have inquired and searched carefully, who prophesied of the grace that would come to you, searching what, or what manner of time, the Spirit of Christ who was in them was indicating when He testified beforehand the sufferings of Christ and the glories that would follow. To them it was revealed that, not to themselves, but to us they were ministering the things which now have been reported to you through those who have preached the gospel to you by the Holy Spirit sent from heaven—things which angels desire to look into.”

So, Peter tells us that the salvation of which he wrote, the eternal, incorruptible inheritance to come at the parousia of the Lord Jesus, was foretold by the OT prophets.

In 2 Peter 3, in his discourse on the Day of the Lord, Peter also tells us that his eschatological hope was foretold by the prophets who had spoken before. And, as virtually commentators agree, he draws directly from Isaiah 65-66 in his discussion of that coming Day of the Lord and the New Creation.

So, again, there can be no doubt as to the source of Peter’s eschatological doctrine; it was from the OT. As I just noted, this is critical, because in the Amillennial school, as well as in some Postmillennial writings, it is emphatically held that New Testament eschatology has nothing to do with the fulfillment of God’s Old Covenant promises made to Israel!

In numerous formal debates, I have asked both my Amillennial and my Postmillennial opponents  the following question: “Are your eschatological hopes based on, and taken from, God’s Old Covenant promises made to Old Covenant Israel?” The answer has almost invariably been: “No!”  (Sometimes with emphatic !!! marks added). See for instance my formal debate with popular radio host Steve Gregg, held in Denver, in November 2013.

Notice just a couple of quotes from leading Amillennial and Postmillennial spokesman:

Amillennialist Kim Riddlebarger says: “Because of Jesus Christ and his coming, the Christian possesses the complete fulfillment and blessings of all the promises of the messianic age made under the old covenant. But, the arrival of the messianic age also brought with it a new series of promises to be fulfilled at the end of the age. The fulfilled promises pointed to a more glorious and future fulfillment. This is called the ‘not yet’ or future eschatology. It is this already/not yet tension which serves as the basis for understanding much of the New Testament eschatological expectation.” (Kim Riddlebarger, A Case for Amillennialism, Grand Rapids, Baker, 2003)61.

Noted Postmillennialist Lorraine Boettner expresses a similar theology: “For information concerning the first coming of Christ, we go to the Old Testament. He came exactly as predicted, and all those prophecies were fulfilled or were forfeited through disobedience. But for information concerning his Second Coming and what future developments will be, we go only to the New Testament.” (Lorraine Boettner, Four Views of the Millennium, (Downers Grove, InterVarsity,1977)102.

The views expressed by both of these major representatives could not be more clearly at odds with what Peter said. The apostle said he and his audience were looking for the fulfillment of the Old Covenant prophecies!

A hermeneutical note here. Take note that Peter says that the OT prophets who spoke of the salvation to come at the parousia did not understand either the time or the nature of what they were predicting. This is a rather stunning statement, but is critical. After all, in modern evangelicalism, we are told that we must take the Bible literally: “The Bible says what it means, and means what it says.” Well, consider that in light of what Peter said.

If the little mantra: “The Bible says what it means, and means what it says” was true, then didn’t the OT prophets know what the “Temple” was? They clearly knew that Solomon’s temple was made of real granite, or marble, and cedar and gold, etc. They undoubtedly knew exactly what “the land” i.e. “Dirt” meant, did they not? And, they knew, from a 1000 and more years of history, that the priesthood was of the tribe of Aaron and Levi. Right?

However, when Peter wrote to “the diaspora” a technical term for the scattered tribes of Israel, and he wrote to them of the promises of the Temple, the restoration of Israel, the priesthood, he said this:

“Coming to Him as to a living stone, rejected indeed by men, but chosen by God and precious, you also, as living stones, are being built up a spiritual house, a holy priesthood, to offer up spiritual sacrifices acceptable to God through Jesus Christ. Therefore it is also contained in the Scripture,

Wait a minute! Peter talks about a “spiritual house”, a spiritual priesthood that was not connected to Levi, and spiritual sacrifices! According to our Dispensational friends, this simply could not be true! According to millennialists, when the Old Testament foretold the coming temple, sacrifices and priesthood, it had to be speaking of a literal, restored physical edifice, literal animal sacrifices, offered by a priesthood directly tied to the Aaronic priesthood! We are told, for instance, that the prophecy of Zechariah 6, which foretold the building of the Messianic Temple, must refer to a yet future, literal temple, in Jerusalem!

Furthermore, what is this “chief cornerstone” –which Peter interprets as a “living stone” of this “spiritual house” that Peter is talking about, and, when he speaks of it, he quotes directly from Isaiah 8 and 28? You see, according to the Dispensational world, the OT never, at any time, foretold the establishment of the church, the spiritual house that Peter is writing about! Yet, here is Peter saying that those OT prophecies of the Temple, the house of God, actually spoke of what was happening in his day, in the spiritual Temple of the house of Christ!

So, it is important to note that Peter says his eschatological hope is taken directly from the Old Testament prophets. He tells us that those OT prophets- which includes of course, Zechariah— did not understand the time or the nature of their own predictions. He says that the apostles, through the Spirit, were interpreting those OT prophecies. And the critical fact is that Peter interpreted those prophecies #888888;”>spiritually.

This does not mean that Peter was “allegorizing” those OT prophecies, such as Zechariah. It means that from the very beginning, when those those prophecies were given, God’s original intent was that they spoke of coming spiritual realities. This is why the NT writers tell us that the entire world of Israel was typological. It was but a foreshadowing of the “reality” of the coming better things (Colossians 2:14ff). Be sure to get my book, Like Father Like Son, On Clouds of Glory, for an in-depth discussion of this critical issue.

This is hugely important and we will examine this in later articles in our examination of the comparisons between Zechariah and 1 Peter. In our next lesson, we demonstrate a bit more that Peter’s hermeneutic dispels modern doctrines, and provides the key to understanding OT Biblical prophecy. We will be examining the prophecy from Zechariah 6 about the building of the Messianic Temple– and how Peter interpreted that prophecy. Stay tuned!